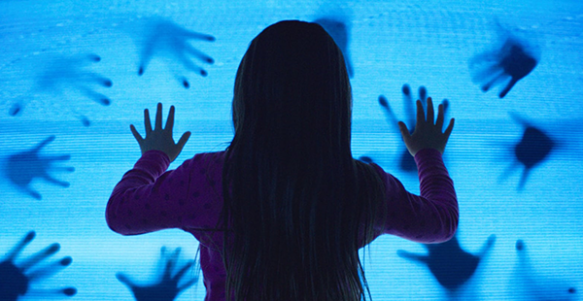 We’re pleased to offer two classic movies instead of just one. The first is:

Originally released in 1972, “Snoopy, Come Home” has now been digitally remastered to show in theaters for the first time.

It’s a follow-up to 1969’s “A Boy Named Charlie Brown.” The emotional Snoopy receives a letter from his original owner, Lila, who is now in the hospital, prompting Snoopy and his bird pal Woodstock to make their way across the country to visit her. As the story develops, the good-hearted Snoopy faces a dilemma of loyalty.

Written by Charles Schulz, and with Oscar-winning music, “Snoopy, Come Home” is a fun-loving animated adventure for the whole family.

The Friends of the Cerrito Theater will be present to host the October 3 show.

As an added-on Classic, the Cerrito’s regular prices will be in effect: $12.95 for adults, $11.50 for seniors 62 and over, kids and students with I.D. It’s advisable to order your tickets in advance at the box office or online, as the shows may sell out.

The second movie is:

As critic Roger Ebert points out, Steven Spielberg’s “Poltergeist” is an effective thriller because we see the movie’s strange events through the eyes of the family members, instead of just standing back and letting the special effects overwhelm the cast along with the audience.

The movie takes place in Spielberg’s favorite terrain, the American suburb (also the locale of parts of “Close Encounters of the Third Kind,” “Jaws” and “E.T. The Extra-Terrestrial”). The haunted house doesn’t have seven gables, but it does have a two-car garage. It is occupied by a fairly normal family (two parents, three kids) and the movie begins on a somewhat hopeful note with the playing of “The Star Spangled Banner” as a TV station signs off. But, after the movie sucks you in, spirits take total possession of the house, and terrorize the family.

“Poltergeist” plays once only on Thursday, October 10 at 7:00 p.m. Moviegoers are strongly advised to buy advance tickets at the box office or online, as many shows sell out. All seats are $9.50. Arriving early is a good idea, in order to choose your seat and also order delicious food and wine or beer.

So many choices at Scene! There are flatbread pizzas, a charcuterie and cheese sampler, baked sandwiches, “bites,” salads, desserts, and much more. You can enjoy them there, or have them brought to your seat while you watch the movie. The atmospheric food/wine bar is a fun place to hang out, with special wines and beers available. Check it out!

Cerrito Classics plays at 7 p.m. on the second Thursday of each month. The upcoming schedule is: