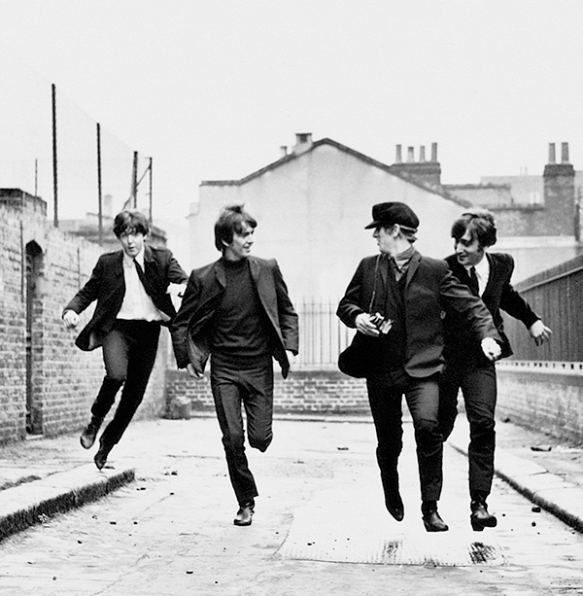 One week only, starting Friday, July 4!

History was made in 1964 when the Beatles arrived on American shores, to appear on “The Ed Sullivan Show.” Royalty couldn’t have received a more tumultuous reception.

That same year, the Beatles began whirlwind filming of a movie that would become a classic, “A Hard Day’s Night.” It ostensibly showed a “typical” 36 hours in the lives of the Fab Four, interspersed with a trip with Paul’s supposed grandfather (Wilfred Brambell), aimed at keeping the “clean old man” out of trouble.

The film is a joyous romp, including the iconic songs “I Should Have Known Better,” “And I Love Her,” “Tell Me Why,” “If I Fell,” “Can’t Buy Me Love,” and the title song.

Now, on the Beatles’ landmark fiftieth anniversary, you have a chance to relive this revolution in pop music at the Rialto Elmwood. It’s shown in a special digital restoration. Don’t miss it!

Matinee times are shown in parentheses.